MND and Speech – How to preserve your voice? 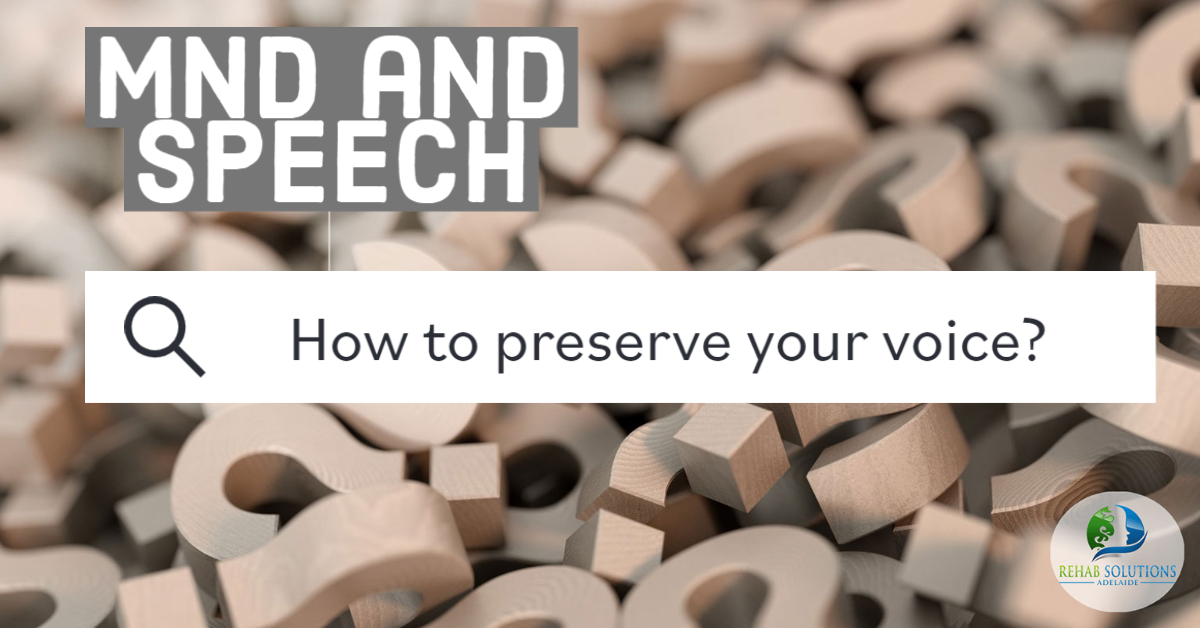 In this post, we’d like to update you on some of the options available for voice preservation for people with Motor Neurone Disease (MND). MND is a progressive disease of the nervous system which leads to weakness. People with MND can have difficulty using their hands, walking, talking or swallowing.

Technology has come a long way in recent years and people with MND and other progressive neurological conditions can now take proactive steps to record a personalised version of their voice should they need it in the future.

One of the best-known public figures who has used a speech generating device is Stephen Hawking, who lived with MND for many years. Stephen Hawking lost his ability to communicate verbally and used an alternative communication device to convey messages. Unfortunately, voice banking technology was not available before he developed speech difficulties, so he used a computer generated voice to communicate with others.

People with MND can now undertake message banking and voice banking to preserve their own voice. This means that in the event they need to use a speech generating device in the future, the spoken voice will be a copy of their own voice rather than a computer-generated voice.

Message banking and voice banking differ slightly so will be discussed separately, along with expectations and processes.

Voice banking requires individuals to record a range of set phrases on an online program. Around 300 phrases are recorded which can be done either in conjunction with a speech pathologist or independently. Once enough phrases have been recorded a digital copy of the voice is created and can be uploaded to a communication device if required.

There are a range of programs available for voice banking, some of which can make ‘repairs’ to a voice when some speech difficulties are already evident.

Voice banking can take between 4 and 10 hours and can be done in your own home or another quiet environment.

Message banking is a process in which people with MND record personalised phrases which they may say often, or more personal messages which they may want to save into a communication device as phrases.

When messages have been banked, they will be spoken in the person’s own voice and manner through a speech generating device.

Message banking is an ongoing process and individuals are encouraged to record a range of phrases as they come to them with a microphone which is kept at home.

To know more about MND in South Australia, go to https://www.mndsa.org.au/